A brand holder had received information that an organised criminal gang had arranged for a container of partially finished counterfeit goods to be delivered to the UK through a major container port.  A sensitive source had provided the container details. Antevorte was tasked to conduct surveillance at the container port and await collection of the container. Eventually the container was collected and was followed to a warehouse 200 miles away. The counterfeit goods were unloaded at the warehouse but surveillance continued to observe all those who were involved in the crime. After two days, Police and Trading standards officers made a number of arrests. The surveillance had established the identities of the criminals, other commercial premises and a number of associated vehicles and residential addresses. When Trading Standards Officers and Police made arrests they were able to target other connected addresses and secure additional evidence related to the counterfeiting. Our operatives were later called upon to give evidence in Crown Court and as a result of their attendance, video footage and witness statements Trading Standards Officers were able to secure a number of custodial sentences. The surveillance evidence received substantial praise from the presiding judge and the case was highly publicised.

A large manufacturing company was being sued by an employee who had injured herself at work. The employee claimed that her head injuries meant that she was suffering from psychological damage and was unable to communicate effectively, socialise or travel long distances. The employee had made a £500,000 claim against the company. Antevorte was tasked to place the female under surveillance for two weekends in order to observe her activity. On both weekends the female was seen to engage in exhausting social activity. She travelled four hundred miles to London with a large group, attended a pop concert and then spent the night ‘out on the town’ before returning home the next day. Video footage taken by the surveillance team along with their witness statements proved that the claims of the female against the company were unfounded.  At tribunal the female was awarded £5,000 in compensation for her physical injuries. The rest of her claims were dismissed. 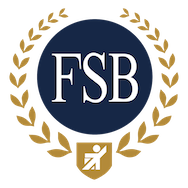